Welcome to Equery Direct where scriptwriters connect with producers

Equeries are the new and preferred method of screenplay submission and more new writers are found by this method than any other. Many agents and managers no longer accept unsolicited query letters via fax or snail mail. Instead, they are requesting screenplay writers to submit their query letter via email only. If you are a screenplay writer and want to sell your screenplay, submit your query letter with Equery Direct today! 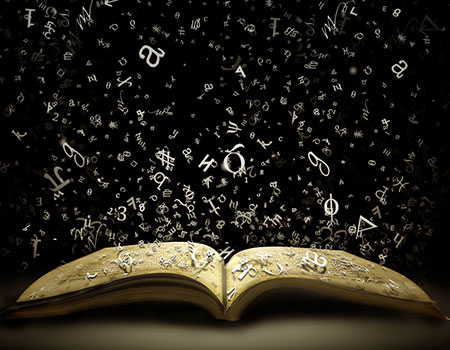 Logline: An investigative reporter decides to help a mental patient. As he starts to uncover the truth someone is trying to stop him. It becomes clear that his life is in danger.

Synopsis: Investigative reporter Deuce Denton works for a major New York paper. He hasn't had a case for some time and then a letter arrives.It is from a man being held in a mental institution. He pleads for Denton's help claiming to have amnesia. The man calls himself Johnny Dark. Denton is skeptical but the letter is compelling so he decides to go forward. The doctors and the police tell him that Johnny Dark (real name Art Jamieson) has committed a brutal attack on an innocent victim. Denton's search to uncover the truth leads him to the west coast and also into the sinister side of the thoroughbred horse racing world. As he gets closer to the truth it becomes obvious that someone is trying to stop him. When the victim dies and the heat turns up, he get beaten up out west and assaulted in an alley in New York. If his plan to expose the killer goes wrong he will surely be killed.

"I thought I knew how to write a query letter until I found your editing service. Boy am I glad I used you before I sent my query letter out. Very professional and very informative!"

"I've been searching for agens to submit my script to for days. I cannot even tell you how much time you saved me. Your submission service is the best I have seen, thanks!"

"I'm an aspiring screenwriter and am negotiating right now with an agent that I found through your service. I just wanted to say thanks. I spent weeks trying to track down agents on my own to submit to, but your service saved me from going through that again. Keep up the good work."

"Equery Direct generated several interested responses from agents and producers and ultimately led to my screenplay, "Homestead," being optioned. I received the option check a week ago. Thanks for this powerful, but inexpensive service."

"Your editing service is outstanding. I'm a new screenwriter and had no idea how to get started with my query letter, but you helped me tremendously and now I am very confident about my submission. Thanks for all the help!"

"Hello! Just a quick word to let you know that I've received 5 offers of representation so far and counting."

"I just wanted to drop you a quick line to say thank you for submitting the many quality query letters you have sent to our agency. We are working with multiple authors that have used your service and we look forward to working with many more in the future."

"Thank you very much for your input and positive direction on the Logline and Synopsis. This is perfect, we've hit the nail right on the head with this one."

"Just wanted to let you know that I'm talking to 3 agents now about my script since I used your service. I didn't know where to go to get started finding literary agents and you guys were exactly what I needed. I cannot thank you enough."

"All new screenwriters looking for agents should know about your service. If you want to get your query letter into the hands of quality agents fast, there is nobody better than Equery Direct!"